My name is Lauren Clifton, and I’ve had IIH for six years. It all started when I was eight, after I had a bad cold and I was left with a constant headache. After numerous trips to our GP, and then to a local neurologist I was referred to the Evelina’s children's hospital in London. So, after almost a year I was diagnosed with Idiopathic Intracranial Hypertension with a Lumber Puncture. I have always been lucky that the pressure has never affected my eyes and although I have constant flashing lights and floaters I have never had to be cautious about it affecting my sight. My pressure had been sky high, and after the Lumber Puncture I was headache free for almost six months. Unfortunately, the one LP obviously wasn’t enough and I had seven of them over a course of about two years. In the meantime, I had been trying all the normal medications that are used with IIH including Acetazolamide, Furosemide, Topiramate and Gabapentin. None were effective, so surgery was the next step I had to take.

At just 11 years old on my second day of starting secondary school, I was called up to Kings Hospital in London for an LP shunt to be fitted in my spine. I was in hospital for two weeks, suffering from severe low pressure as the shunt was over draining. I was unable to move my head or sit up without being ill and feeling like my head would be crushed. All I could do was sit and wait to see if the pressure would normalise, as there were no normal pain killers that would touch my head. In the end, the pressure wouldn’t regulate so I had to go home as I was, and I pretty much had to lie down for the next 4 months. I was in so much pain from the low pressure that they decided to shorten the tube on my shunt. (As if the tube was shorter, technically it should drain less) Which is what it did, but the pain in my head still was too painful. Those next couple of months, I remember having to lay down in my breaks at school, missing classes having to lie down in the medical room. It seemed like it would never end as my shunt also blocked so I had to go up and have it fixed. 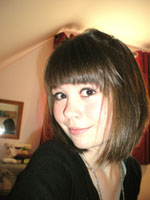 At the beginning of 2010, I had a valve attached to my shunt. (The valve has settings which can be magnetically adjusted which changes how much pressure would be drained.) It seemed like such a great idea being able to change the settings, but there wasn’t ever a setting that suited me. I would have it changed, and I would get a bit of a relief and then a month or so later it would get worse again and I would have it changed again. I couldn’t tell you how many times I had to go up to London to have it changed, as it was so many. I then had an anti-siphon device attached to the valve (which would mean the shunt wouldn’t drain as quickly when I stood up) the valve also caused problems such as the pressure would bypass the shunt and cause huge lumps around my stomach and back which had to be fixed surgically. It also made the shunts tube to become unattached several times.

I was fed up of the numerous stays at Kings, so in November 2011 it was decided it was time the valve came out. (As at all the settings I either had really high pressure or really low pressure) I immediately went straight down to low pressure, and it was back to lying on the couch. The pain was unbearable so we had to chase the doctors again. In January 2012 I then had my shunt tied off thinking that high pressure would be easier to manage - but I was so wrong. My pressure is so high, I feel like it’s trying to push its way out of my head. The whooshing in my ears is back all the time and I just can’t even put into words how bad the pain is in my head. As to what I will have done next? Who knows...?

I would just like to say about how it has affected my schooling and social life. Currently I haven’t been to school since July as the pain is too severe. I miss it so much and being able to see my friends every day. It is so hard and I know that there are many children out there that are dealing with what I have to. IIH is extremely hard to live with for me and my family and although it is supposed to be a rare condition with one or two in every one hundred thousand people living with it and as there are around 7 billion people in our world, if you think about how many people would have IIH out of that then this isn’t a small number. Barely anyone knows about IIH and IIH UK are currently the only charity working to change that. We need a cure so badly, so please help us.