Good morning everyone, my name is Caroline Billings. Unfortunately, the planned speaker, Caroline Pywell, is not well so I have hobbled to the rescue!

It is an absolute pleasure and privilege to be here with you all today to tell you about my experience of the IIH Drug Trial that is currently taking place at the Welcome Trust in the Queen Elizabeth (QE) Hospital, Birmingham, a trial that I was fortunate to be able to take part in. I say fortunate because everything I experienced was positive.

It all started last December when I turned up for my fortnightly appointment to see my neuro-ophthalmologist. I walked into my doctor’s room to find Dr Markey. We briefly introduced ourselves and I then sat down, ready to listen to my doctor. After 15 minutes, and a couple of dilation drops later, I had my eyes examined and was told ‘yes, you still have quite severely swollen optic nerves’. The slit lamp was then handed to Dr Markey and she too took a look at my eyes. Up until then, my doctor had not been happy to diagnose Idiopathic Intracranial Hypertension (IIH) and I could almost hear the reluctance in his voice when he came to the conclusion that, with grade 5 + 4 papilloedema, it had to be IIH. Both doctors nodded and then he asked me if I would consider what Dr Markey had to say to me. Basically it was a quick chat about a drug trial that was about to take place at the QE Hospital over 12 weeks, testing a new drug with the hope that it could lower intracranial pressure. In all honesty, I did not think twice, I did not hesitate. I felt honoured that I could offer my help and make a contribution to ending the suffering of this disease or, at least, provide information for the doctors and researchers to learn more about IIH. 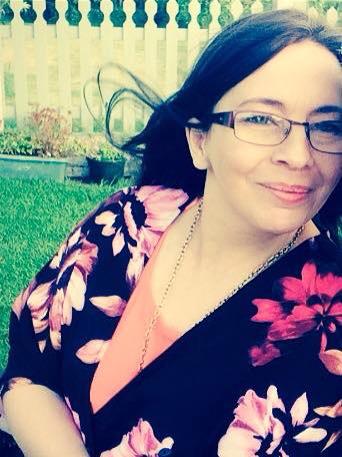 My trial began on 13 January 2014. Day one started early, at 8 am, and consisted of different eye and visual tests, including scans and photographs of my eyes, in the Ophthalmology department at the main QE hospital with Dr Markey, and visual field tests. Once the visuals were done, we all met at the Research Trust just next door to the main hospital. What seemed like a hundred autographs later at a book signing, and after being introduced to the two nurses Trish and Lisa, we started the height, weight, blood pressure and heart rate checks. Oh, and a pregnancy test which, on every visit, saw my other half hold his breath until it came back negative. So far so good! Once my other half’s pulse returned to normal, Dr Markey asked me about my IIH symptoms. I told her the ones that I could remember; as you all know, we seem to forget the important ones on the day! Not only did she listen, she took notes and discussed them with me. I recalled my ‘boil in the bag’ brain, slurred speech, brain fog, walking like a drunk, leaning on things that are further away than expected, losing sight in my left eye to grey clouds, a lack of balance and co-ordination, sensitivity to light, loss of vocabulary, confusion and not being able to process information, to name just a few. I could have shortened the list and said I feel ready for the knackers’ yard but that would not have done my symptoms justice.

After the run down, Dr Markey asked if I was happy to continue with the trial and told me that the next procedure was a lumbar puncture (LP). The LP was painless and we discovered that my Cerebral Spinal Fluid spiked up and down quite quickly. Funnily enough, when I stopped talking, it seemed to drop. This is a point that my other half now uses if I nag him too much - I can hear his words ‘watch your pressure love’! Throughout the day, it was explained that I could leave the trial at any time and that, if I did, it would not affect any of the care I was receiving at the hospital. I was fed and watered regularly with cups of tea, biscuits and sandwiches so, hey-ho, I was happy. At the end of Day one, Trish handed me a big brown paper bag. I thought ‘ooh, a present’ but, if you call a petrol-can size urine pot a gift, then I guess you are as daft as me.

Day two of the trial began at the same time on the following day. The first test on the list was a DXA scan. Call me blonde but I thought DXA had something to do with dinosaur X-ray analysis. It was not as exotic I am afraid. I just lay on a black bed with a small contraption moving over me. Again, it was ‘easy-peasy’. The machine took pictures of my bones and fat, all very interesting, but I was more chuffed when I was given a picture of my skeleton. Once I went back upstairs, it was time for Dr Markey and the fat biopsy - her little face lit up! After having some anaesthetic in my belly, out came the apple corer. I guess it is not until you go through such a procedure that you see someone ooze with delight at the sight of fat. ‘Take all you need’, I said, thinking I had just found the best possible technique for weight reduction. After some oohs and aahs, and lovely comments about my fat, it was all done and dusted. One stitch later, that was it. The next thing was bloods. I was hooked up to a small needle in the arm and samples taken every 20 minutes for four hours (set by Lisa’s I-phone). I want to mention that the sound of her alarm has scarred me for life! I took a little tablet but my IIH memory has robbed me of that moment so I cannot remember if I took it before or during the bloods. On the same day, I received the tablets. It is not known by anyone if we receive the real deal or a placebo. I took 2 a day – well, I say 2 but my memory did not serve me well on some days. Oops! I received my big brown paper gift bag off Trish and that was Day two concluded.

The next time I attended was a week later for blood tests, headache diary, a review of IIH symptoms, pregnancy test and tablets. Weekly visits carried on until week four (visit number five) and there were fortnightly visits thereafter.

Whilst I did not know if I had the real deal or a placebo, I did notice some changes. My brain fog disappeared (which I was over the moon with) and I did not encounter any side effects at all which, I have since found out by taking Diamox, is nothing short of a miracle! I did feel much better in myself and could not wait to see my neuro-ophthalmologist to see if there had been any change in my paps. I was a bit crushed when he said there was no change but I stayed optimistic. I looked forward to every visit to the Research Trust. Having people around who understand, support and advise you is such a comfort and is so reassuring. I knew that, no matter how daft my next question might be, I would get an answer and I learnt so much during the visits.

Personally, I think two days in week one and one day a week for the next three weeks is a small sacrifice to make. As Dr Sinclair and Sandra (IIH UK Chair) have said, we need more IIH patients to come forward – we will not find a cure without research, simple! One of the best points I will make about the trial is the level of care. I remember writing on one of the patient comment cards ‘aptly named the Queen Elizabeth as the staff treated me like royalty’. The whole research team are people persons and that made a lot of difference to a normal hospital environment – it was comfortable, totally relaxed and I was happy to be there. Skipping to week 12 of the trial, we had identical tests to those on days one and two of Week 1 – another lumbar puncture, DXA scan etc. Again, it was all totally painless and I felt back to normal after an hour’s bed rest.

My experience has taught and given me many new things. I now have an IIH buddy who I met on the trial although, as she has left me in the lurch today, I am not sure the ‘buddy’ tag will last that long. I am only joking! I have learnt so much about IIH, my body, medical abbreviations and gained an insight into how clinical trials work. To round it all off in a nut shell, on any given day, if I were to be asked again to take part in a clinical trial, I would not have to think twice as I have learned just how important they are. If successful, these trials could change all of our lives but we need more people.

Thank you for listening and, if anything is to come from my talk, please just think about taking part if you can.