There are many benefits from eating a healthy diet - it may help to prevent certain chronic (long-term) diseases such as heart disease, stroke and diabetes. It may also help to reduce your risk of developing some cancers and help you to keep a healthy weight.

There is now definitive evidence that weight and IIH are related. Weight loss has been shown to be the only treatment to modify the underlying condition. Over 90% of patients diagnosed with IIH are overweight women, suggesting that there is a link between obesity and IIH. Recent studies have shown that weight loss is an effective treatment to reduce papilloedema and headaches and for many, putting IIH in to remission. The IIH:WT has shown that a 24% reduction in body weight is required to normalise Intracranial Pressure (ICP) reduce headache and improve quality of life.

Clinical trials have reported success with the reduction of overall intracranial pressure with weight loss and, as a charity, we believe that we should offer support to those of you who wish to undertake a healthy eating plan. Dr Ruchika Batra's has written her views to help with lifestyle changes here.

We do not promote individual diets and would always recommend that you visit your GP to discuss any weight loss plans. The NHS have a great site created by the British Diabetic Society reviewing all the Pros and Cons for well known diets Top Ten Diets for 2014 There are many great sites available to support a healthy lifestyle like Nutritionist Resource. The NHS Health & Fitness site explains the benefit of exercise and healthy eating. There is also a great 12 week weight loss guide to help you on your way! NHS guide to portion sizes

Read about Amelia's Weight Loss Journey below and the positive impact it has had on her health. In May 2011 I was diagnosed with IIH. As I think it the norm for us with IIH my neurologist told me that this condition is more common in young women who are overweight. My advice was to lose weight and I started taking Diamox. A few months later, in October 2011 I saw my ophthalmologist who informed me that a substantial amount of my peripheral vision had been lost, this, I was told, was permanent. A week later I was admitted to the University Hospital Wales to have a shunt fitted to save my rapidly deteriorating eyesight. A few months later in January 2012 my shunt became blocked and was revised. Again in March 2012, my shunt blocked again and was completely replaced with a new shunt and an adjustable valve. Over the next year I was back and forth the hospital having my valve adjusted to try to find a setting which suited me. Then a year later, in March 2013 I was rushed back into hospital with a suspected blocked shunt and my eyesight was deteriorating quickly again. After yet another full shunt revision I was discharged and sent home. A week later I was rushed back to hospital with a bleed on the brain and spent a week in the High Dependency unit while doctors waited for the bleed to reabsorb. Luckily it did and just over a week later I was discharged.

In November 2013, after I had fully recovered from the most recent surgery and its complications, I decided I needed to take control of this illness. It had controlled my life for almost 3 years and it was time for me to fight back. So I joined my local Weight Watchers class and Health Club and started to lose some weight. In November 2013 I weighed 18 stone 11 pounds, at 5ft5" I was seriously overweight. So week by week my weight dropped, slowly but surely. In April 2014 I was admitted to hospital with a suspected blocked shunt. Later that day a lumbar puncture informed us that my pressure was 6 - too low! So my valve was adjusted and I was sent home. Feeling better for a few weeks I carried on with my weight loss journey and my fitness was improving. I was doing 3 classes of body combat and aerobics at the gym and really started to feel fit and healthy. In May 2014 I went back to the hospital with low pres-sure symptoms. I was informed that my valve could be adjusted only once more, it was adjusted to the highest setting (draining the least possible amount of fluid) and I felt well for another few weeks. By August 2014 I had lost 5 stone in weight and back came the low pressure problems. So in September I was back at the hospital but this time my neurosurgeon tied off my shunt, in the hope that I could manage without it.

Now its November 2014, I have lost 100lbs and dropped from a size 22 to a size 12 in clothes. I am now a gold member at weight watchers so can stay a member for the rest of my life and won't have to pay a membership fee. My symptoms are a million times better that they have been for a number of years. I still suffer with headaches every few days but compared with excruciating crushing pain on a daily basis, what I experience now is fantastic. My Ophthalmologist has discharged me and informed me that my optic disks are pristine and vision is stable. My Neurologist still sees me every 6 months to monitor my progress but has just given me the all clear to try for a baby. I have taken control of this illness and got my life back.

I understand that weight loss doesn't work for many people with IIH and there are many people diagnosed with this illness who are not overweight, but for those people who have been advised to try and lose a few pounds I strongly urge you to give it a try. I know first-hand how hard it is to even think about losing weight and exercising when you are in constant pain, but if it relieves your symptoms in the long term isn't it worth a try? Worst case scenario weight loss won't work to alleviate you symptoms but on the bright side your confidence will soar, you will feel fitter and healthier and cope with the symptoms better as a result, the only downside I've found from losing weight.....is I can't stop buying new clothes!!! 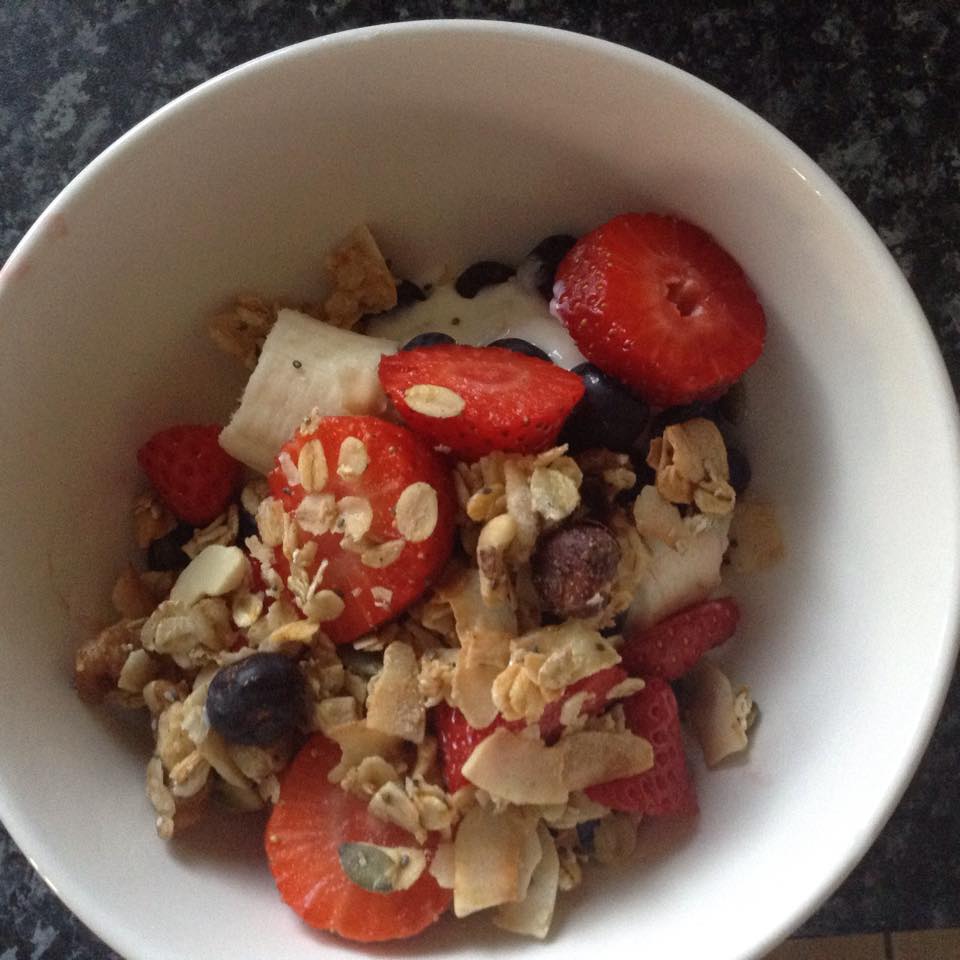